The Delight in the Detail 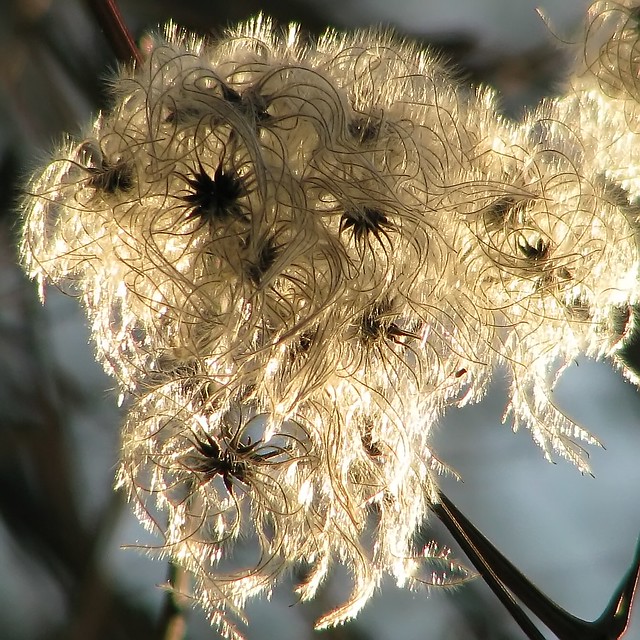 One of the beauties of being outside in the garden at this time of year is the lack of distraction – no flaming colours of leaf or petal to catch the eye – instead the soothing tones of greys and browns, fudge, chocolate, toffee, and the deep calm green of evergreen leaves. At this stage, treat yourself, set aside your spade for a moment and get right up close to those tiny miracles of sculpture – seedheads. All too often, hurrying to get things done, we snap them off, chop them down, pull them out and thus completely miss the beauty of their symmetrical and occasionally absolutely stunning structure and colour. Those who follow the philosophy of Piet Oudolf and Noel Kingsbury will be familiar with their trademarks of flowerhead shape – spheres and plates, spikes and bobbles – but do we ever stop to consider how these translate into autumn and winter garden shape?  Often a plant is listed as being of ‘structural winter interest’, at least until the effects of cold rain and wind collapse it like an old umbrella and it has to be cut down and removed, but how often do the seed heads get the mention they deserve? Not enough, I believe, so here are some of my favourite shapes to get you started:

Physalis lanterns when their pumpkin red paper cases catch the low sunlight, and even more so after those cases have declined into the finest filigree latticework and the single orange seed can be seen glowing within like a dwarf sun

umbellifers such as Fennell and Angelica; even cow parsley is beautiful in snow.

the argent moons of Honesty which rustle in the wind

If you have the chance, look at the seedheads of Magnolias which are simply amazing. They start off as thick pinky purple textured candles topped with blonde furry shaving brushes which in their turn hold green seeds, each with a brown curly hook at its end. Gradually the candle end dries and shrivels, the shaving brush becomes a fruit and its seeds swell, turning a brilliant Japanese lacquer red.

Some seedheads seem constructed to defend their seeds against all comers, whilst others are built to ensure that their seeds are distributed on the wind or by birds with ease. The closer you get the more you see, including the structure of the head itself, divided into compartments into which each seed is safely tucked, often in a velvet lining, or acting like a pepper shaker so that the seeds fly out as soon as the stem is disturbed. Some seeds are arranged in spirals and can lift off at a puff of air whilst others cling on until the last moment. Each tiny Ivy seed, art-deco knobs on stiff stalks, echoes the flattened urn shape of the Lotus pod. And this is before we even get onto berries…..

Truly, one could look and look for hours and still not see it all.

For more stunning images, (and perhaps worth adding to your letter to Santa?) “Seeing Seeds, A journey into the world of seedheads, pods and fruit” by Teri Dunn Chase and photographs by Robert Lewellyn is available from Timber Press and on Amazon